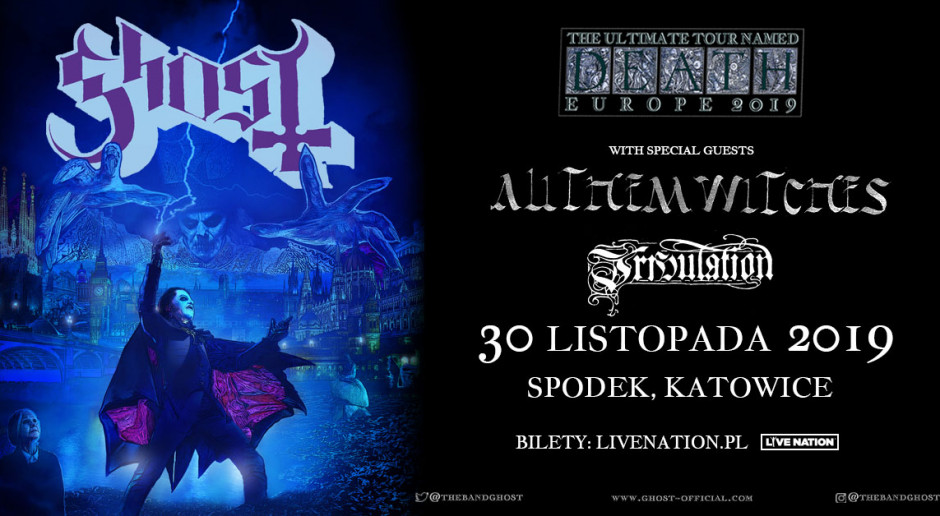 Ghost with the "The Ultimate Tour Named Death" tour in Poland!

This summer, Metallica will perform in 26 locations in Europe with Ghost as a special guest. After the "WorldWired Tour" and 32 concerts in North America, Ghost will return to Europe with the headlining tour "Ultimate Tour Named Death". As part of it, it will also come to Poland!

"The Ultimate Tour Named Death" will begin on November 16 at the Motorpoint Arena in Nottingham, and then for five weeks Ghost will travel around Europe to complete the tour on December 19 in Toulouse. The Polish concert will take place on November 30 in Spodek in Katowice. All Them Witches and Tribulation will appear as support on the entire tour.

The European Ghost tour is the next installment of the promotion "Prequelle", which was well received by critics and listeners. The album went to the top 10 in 15 countries, received a Grammy nomination in the category "Best Rock Album" and to Swedish Grammis in the category "Best Hard Rock / Metal Album". The album also hit the top of annual summaries in magazines such as "Kerrang!", "Revolver" and "Metal Hammer".