Architectonic competition for the reconstruction of sanitary facilities 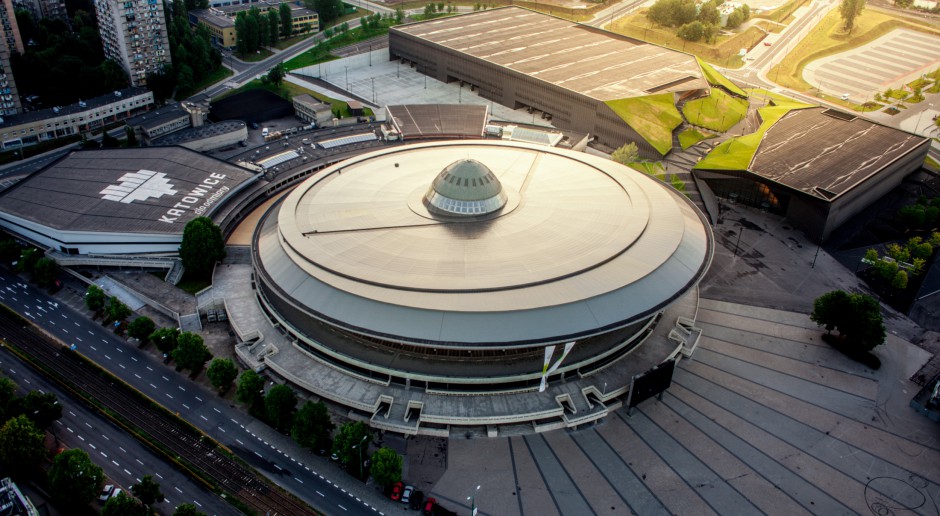 PTWP Event Center, the operator of the Spodek Arena, announces an architectonic competition for the reconstruction of sanitary facilities at Spodek.
By 31 July architects may file requests to be permitted to participate in the competition, organised by the Association of Polish Architects, Katowice Branch. The winner of the main prize will get PLN 15,000 gross and an invitation to negotiations to make a detailed design of their proposal, including subsequent phases of the design documentation.

“We started a discussion on the modernisation of Spodek, an icon of Polish architecture, during this year's edition of the 4 Design Days in Katowice. It is the owner of the facility that is responsible for modernisation and investments, not the operator. However, seeing the need to modernise, we have decided to take steps in that direction, looking forward to the involvement of others who care for the well-being of the facility. In recent months we have managed to acquire the cooperation of partners for our project, including the Association of Polish Architects Branch in Katowice, which has become the formal organiser of the project for the reconstruction of the sanitary facilities at Spodek. We note that the facility has been operated by us for over a year, has been modernised and made more attractive, in particular in the areas that require upgrading to today's standards. Many organisers of events at Spodek have called our attention to the need to upgrade the standard of the sanitary facilities, for example”, says Marcin Stolarz, CEO of PTWP Event Center, operator of the facility.

The competition for the best sanitary facilities reconstruction concept at Spodek, which would be the best in terms of aesthetics, functions and use, has an open formula. Requests to participate in the competition may be filed by 31 July. Contractors who meet the requirements will be invited to submit their bids. The submission deadline is 18 September.
The fittings and white-ware will be provided by Roca Polska – a partner in the metamorphosis project of Spodek. The bathrooms in the VIP zone will be provided with sanitary facilities by LAUFEN, a subsidiary of Roca Polska.
Mirrors will be provided by the other partner – MCJ. The concepts to be submitted must provide for the products of both companies specified in the regulations.
The facility operator is open to cooperation with other entities that would like to become partners in the metamorphosis of Spodek.
The competition jury will be composed of representatives of the principal – Wojciech Kuśpik, CEO of PTWP SA and Marcin Stolarz, CEO of PTWP Event Center SA, as well as architects and members of SARP: Agnieszka Kaczmarska, CEO of SARP Katowice, Jacek Krych from JRK72, Przemo Łukasik from Medusa Group and Stanisław Podkański, advisor to the Mayor of Katowice for architecture and urban development, city architect.
The winner of the main prize will get PLN 15,000 gross and an invitation to negotiations to make a detailed design of their proposal, including subsequent phases of the design documentation. The author of the second bid will get PLN 10,000 gross and the third bid, PLN 5,000 gross. Detailed information concerning the prizes is provided in the competition regulations.