Metalmania 2018 – we know all artists to perform at the festival 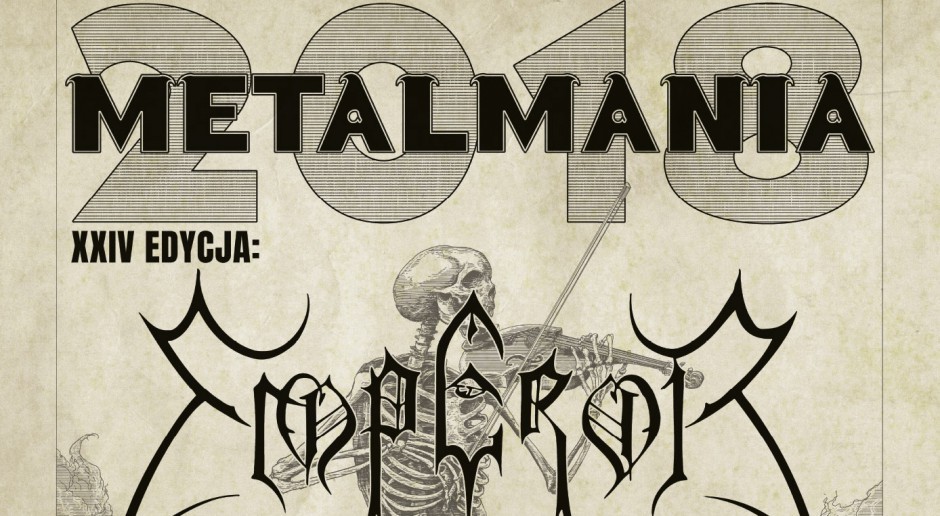 On 7 April next year we will hold the 24th edition of Metalmania. Emperor from Norway will be the festival headliner. Four groups will perform on the main stage: Wolf Spider, Skyclad, Mekong Delta and Blaze of Perdition. On the second stage, the following will perform: Roadhog, Viscera///, Voidhanger and Anima Damnata.

Wolf Spider is a legend of Polish thrash metal, a group that has been active since 1985. The group used to be a regular participant in Metalmania ('86, '87, '88, '90) and in other major festivals in Poland in the second half of the 1980s. In 1991, the group stopped playing together but reformed in 2011.
Skyclad was set up in 1990 and has recorded 13 studio albums with the latest “Forward into the Past" released this year, proving to be a successful comeback by the group (the previous record was released in 2009) and it was also declared one of the best metal records of the year. The British group is known as a pioneer of folk metal and its members are also known from another NWOBHM cult ensemble – Satan.
Mekong Delta is a representative of German technical thrash metal and its appearance at Metalmania will be the group’s second concert in Poland. The group was formed in 1985 and has released 10 studio albums.
Blaze of Perdition is one of the best Polish black metal groups of the young generation. The band formed in 2007 in Lublin; last November it published its fourth album “Concious Darkness”.
Roadhog is a classic heavy metal group from Kraków that has been active for five years, and their music is a tribute to such groups as Accept, Running Wild, Judas Priest or Exciter while maintaining their own freshness and unique style. The original timbre of the vocalist’s voice, catchy riffs and melodious solos have become a hallmark of the band.

Viscera/// from Italy is a trio whose productions are close to psychedelic post metal. The group was formed in 2000 and in its productions it combines the darkest of elements of such types as grindcore, black and death metal, ambient or psychedelic.
The achievements of Voidhanger is a hellish dose of thrash, death and black metal. The group started in 2010 and has recorded 2 studio albums: “Wrathprayers” (2011) and “Working Class Misanthropy” (2013).
Anima Damnata are responsible for one of the best records of last year – “Nefarious Seed Grows To Bring Forth Supremacy Of The Beast”. The original explosive formula is combined with the brutality of the old death metal from Florida and the pitch black of black metal masters.
The recent edition of Metalmania will not only be a major musical event of the year and a real metal feast. On two stages, performances will be made by top bands from the world and Polish metal scene, plus there will also be additional attractions for metal fans. Metalmania stays faithful to its formula and the fans will have the opportunity to see the best, differentiated performers in terms of metal styles.
The last edition of Metalmania was held on 22 April at Spodek in Katowice with such bands as Samael, Coroner, Moonspell and Sodom performing.