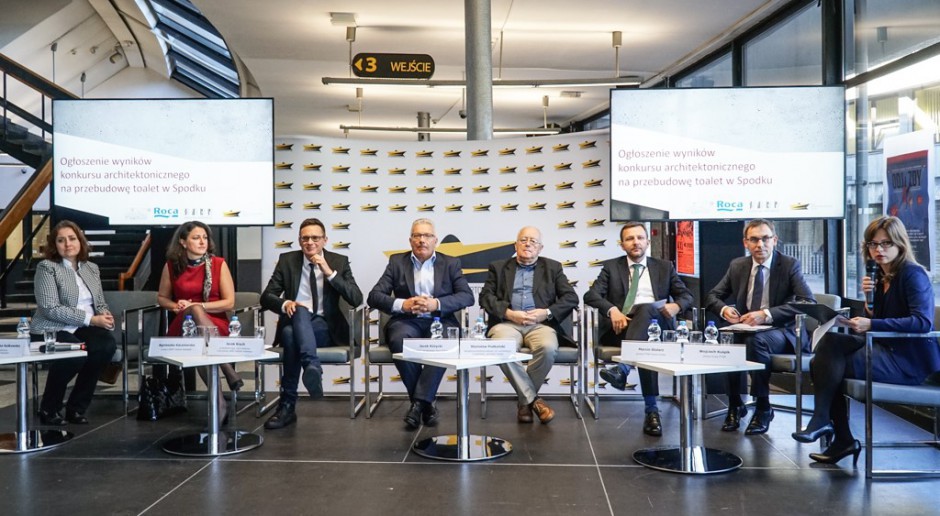 2G STUDIO M.Sc. Arch. Wojciech Gwizdak is the architectonic company from Kielce that is the winner of the competition for the reconstruction of the sanitary facilities at Spodek, announced by SARP Branch in Katowice on commission from PTWP Event Center. The second prize was won by Ostrowscy Architekci Biuro Projektowe from Katowice and the third prize by ER DESIGN Ewa Raczkowska from Gliwice. The sanitary facilities at Spodek are to be modernised by the end of the next year.

Tailored to suit this icon of architecture, close to Katowice, relying on Silesian traditions – the best design for the reconstruction of the sanitary facilities at Spodek was selected.
From among the twelve bids submitted to the competition, the jury composed of: Agnieszka Kaczmarska, CEO of SARP Katowice; Jacek Krych from JRK72; Wojciech Kuśpik, CEO of PTWP SA; Przemo Łukasik from Medusa Group; Stanisław Podkański, advisor to the Mayor of Katowice for architecture and town planning, city architect; and Marcin Stolarz, CEO of PTWP Event Center Sp. z o.o., selected the three most interesting designs.

The first prize was won by 2G STUDIO M.Sc. Arch. Wojciech Gwizdak, Kielce. Designers from Katowice were involved in the preparation of the winning design.
“The presented concept, in a non-conventional, interesting and consistent manner proposed to apply steel sheet piles as the dominant material of the interior. The plan of the sanitary facilities correctly arranges the functions of the space. The rooms have an industrial style with subdued colours, close to industrial Katowice and Upper Silesia. The moderation and minimalism is created by elegant and functional interiors fully compliant with the architecture of the icon of Katowice – Spodek”, that was the verdict of the jury read out by its head, Jacek Krych. “This indeed is an interesting design, rooted in the nature of the city and the region, specific, without redundant elements, very good functional solutions”, he summed up. 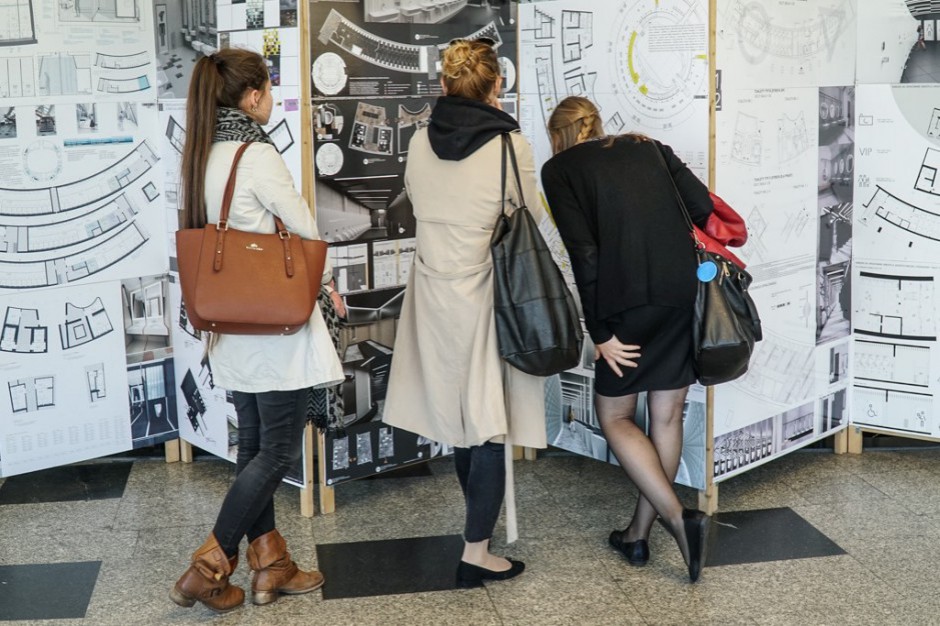 “We wanted to retain purity, consistence and clarity in our competition design. We have assumed a very simple spatial layout. The steel sheet piles provide for rhythm and somehow symbolise the entrance to the foundations of the building”, said Wojciech Gwizdak, head of 2G Studio.

The second prize was awarded to Ostrowscy Architekci Biuro Projektowe from Katowice, appreciated for its direct aesthetic reference to the materials characterising Spodek, for instance, the façade made of scales. The jury noted the interesting graphical ideas in the sanitary facilities. The third prize was won by ER DESIGN Ewa Raczkowska from Gliwice whose concept stood out with its minimalism and cohesion in terms of materials and colours.

“Our task was to see to it that the facilities operated by us host as many events as possible, that they thrive with life and are used as best as possible. We provide for the ongoing maintenance of Spodek and the International Congress Centre while the owner – the city – is responsible for modernisation and investments. We feel responsible for the facilities and therefore we take all efforts so that – apart from our standard duties – we can take care that Spodek, an icon of Katowice, becomes a hallmark of the city and the region. Today is a very specific stage of the discussion into how to modernise Spodek” said Wojciech Kuśpik, CEO of the PTWP Group, initiator of the competition.

The fittings and white-ware to the sanitary facilities in Spodek will be provided by Roca Polska, a partner in the project. Mirrors will be provided by the other partner, MCJ. The facility operator is open to cooperation with other entities that would like to become partners in the metamorphosis of Spodek.